One of the boldest and far reaching initiatives of Prince Hanse Davion, the New Avalon Institute of Science was one of the first new colleges of science in the Inner Sphere in centuries and became the most advanced center of higher learning and research in the Successor States. Much of reacquired lostech was a result of NAIS research, and the other Houses and ComStar devoted significant resources to infiltrate the institute and learn its secrets. In addition to its academic and research facilities, it also hosted technology development laboratories and a leading military institution.[1] 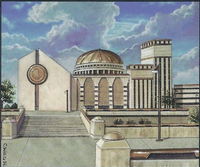 In late 3012, Prince Ian Davion received word of that Draconis Combine forces on Halstead Station were constructing a huge series of storage depots on the planet. After his death, Hanse Davion continued to plan to prevent the construction of the depots, when MIIO reported that the Combine construction crews had discovered the ruins of a Star League-era university with an apparently untouched and sealed storage vault. In an era of increasing LosTech, Hanse realized how important such a find would be, accelerating preparation for the raid and choosing to lead it personally. What Davion had assumed would be a quick raid turned into a month-long conflict, but he was ultimately successful in destroying the Draconis Combine depots and in securing the so-called Halstead Collection, the largest and most important treasure trove of Star League era information until the discovery of the Helm Memory Core. Upwards of three thousand books and other materials were captured by the Davion forces, which prompted the Prince in 3015 to devote considerable funds and scarce scientists to creating a new university to house and research the reclaimed data, the facility being completed in late 3016.[2]

The university campus was some thirty kilometers to the south of Avalon City, in what used to be a private Davion game preserve surrounding the New Avalon Military Academy, consisting of upwards of 200 buildings.[3] The seven colleges each specialized in a particular discipline, though inter-college learning was encouraged. The many university buildings clustered about a large, comfortable campus. Nearby were the training grounds for BattleMech and AeroSpace pilots and hidden technology research facilities, and the university's private spaceport Albion; substantial expanses of native settings (such as forests) provided borders between testing areas and established nature preserves.[1]

Security was tight around the Institute's many secret projects. Indeed, the NAIS could be reached only via underground subways or by flying into the university's spaceport, which allowed the government to keep close track of who entered and left the university. As a deterrent and a force of last resort, two BattleMech battalions were stationed within the university grounds to help with security. They also served as skilled opponents to cadets of the NAIS BattleMech Training School.[citation needed]

After several years, additional secret facilities were opened on other planets. 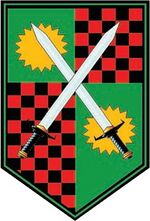 The first five Colleges are working to recover the lost technologies of the Star League. The last two serve primarily as a training ground for Davion bureaucracy. On the other hand, the NAIS College of Military Science produces officers for the Federated Suns regular units.[5]

In order to protect NAIS work, and probably after the events of New Avalon Raid by the Death Commandos, a small corps of special operatives was formed to protect the investigations done by the NAIS.[6]

The NAIS had proprietary ownership of the drug LD-512.[9]