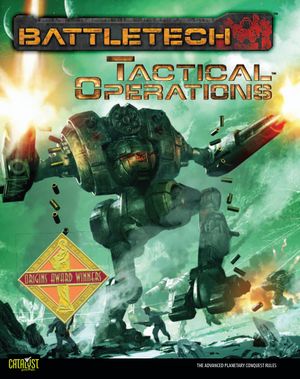 The cover of the corrected second printing (2012). "Origins Award Winners" stamp has been added and Classic has been removed from the BattleTech header.

Tac Ops was awarded Best Miniatures Rules at Origins in 2009.[1]