Operation CLARITY, also known as the Battle of Northwind, was a late Dark Age military advance by the Capellan Confederation and Draconis Combine against Northwind, one of the few Fortress Republic systems outside The Wall.[1]

The Operation took place on a single planet of the Republic of the Sphere, Northwind.

Northwind and its defenders, the Northwind Highlanders, were part of the Capellan Confederation until the Northwind Agreement during the Fourth Succession War, in which they changed sides to return to their homeworld. The Highlanders defection was not forgotten or forgiven by the Capellans, and when the Highlanders became part of the Republic of the Sphere army, the worst enemy for the Confederation, their hatred grew even more, but they had never found the opportunity to take the planet.[1]

The Capellan chancellor Sun-Tzu Liao was determined to return to the Confederation all their former glory, and his son and successor, Daoshen Liao continued their work. After the Blackout, war erupted through all the Inner Sphere, and the Confederation made great advances into the Federated Suns and the Republic of the Sphere territories. Daoshen always feared the Republic, and when they abandoned the majority of their territory behind The Wall, creating Fortress Republic, even more, fearing an Republic invasion so greatly than he kept the majority of their forces in that frontier, even losing important chunks of the Suns' territory, like the vital New Syrtis.[2]

However, the threat never materialized: in 3149, when The Wall was deactivated, Confederation forces invaded the Fortress space in Operation RETRIBUTION, taking ten Republic planets surprisingly easily. But even so, Daoshen still feared an ambush, and, believing he would need assistance to reach Terra, made an alliance with the Draconis Combine against their common enemy, the Republic. This became the so called Unity Pact.[3]

By the end of 3150, the Capellan forces have taken three more republic planets and were at the heart of Fortress Republic, with Terra within one jump, but as that system was protected by the Wall, Daoshen decided to take another planet first, one with a Working HPG... and only one was at their reach: Northwind.[4] Besides, Northwind's HPG was special, as it was initially disabled by the Blackout, but later self-corrected and began working again. In fact, the Republic's Project Sunlight personnel were studying it to find a way to repair all the others offline HPGs.[1]

Daoshen sent a large invasion force, made up of all of the Warrior House Imarra, the First Canopian Lancers, Fourth McCarron's Armored Cavalry, and Laurel's Legion (a mercenary group), more than three full regiments. On the 13th of November, the Capellan ships jumped into Northwind's system, but the calls for reinforcements to Terra received a bad answer: Devlin Stone wanted to keep the majority of the Republic forces to contain Clan Wolf and Clan Jade Falcon's forces advance and defend Terra itself. Northwind was on its own.[1] 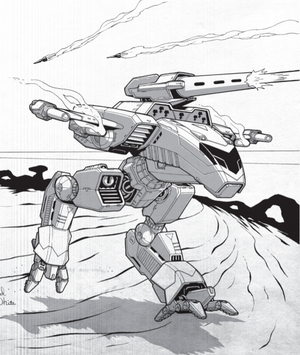 During the Capellan week travel to the ground, all the Northwind defenders mobilized: they were the Twelfth Hastatis Sentinels, Northwind's Military Academy training cadre, and several local militia units.

On 19 November, the Capellans began their ground assault, aiming several key objectives: securing Tara, the planetary capital, Fort Barret, the Hastati's base of operations, taking Northwind Military Academy, securing the Star League era fortification of the Castle, and secure and protect the HPG compound. The McCarron's regiment and Canopians lead Tara's assault, while Warrior House Imarra and Laurel's Legion attacked Fort Barrett. During three days, the fight extended outside and inside Tara. The MAC leader, Sang-shao Lindsey Baxter was determined to follow the Hastatis inside the city, but the Legion's leader, Sang-Shao Julie Qiao advised caution: as the Highlanders were defending their home planet, she feared a trap.

On Kearny, the Legion's knowledge of the Highlanders tactics (their unit was founded by an ancient Highlander and Qiao knew much of his history) allowed them to defeat the Hastatis. Despite the bombing runs of Northwind aerospace fighter, the Capellans victory seemed assured. But the expected trap did not come from inside the city, but from the outside: a new mysterious unit with gray-primer 'Mechs with unknown tartan insignias began attacking the invaders from the back, forcing them to retreat from the city. They also attacked the Capellans on Kearny.[5]

The new defenders used Highlanders tactics, and were identified as the "Grey Watch", a last resort secret reserve unit created by the Highlanders, with hidden 'Mechs and retired Highlanders as pilots.

However, the Watch's intervention did not made more than slow the attackers and did not turn the tide against them: by the 25 November, of all the Capellan targets, only the Castle remains in Highlanders hands.

However, the next day, when the MAC and Canopian began a push to seize the Castle, several JumpShips arrived on a pirate jump point over Northwind: there were several Republic battalions, included the Highlanders main one, lead by Northwind's countess Tara Campbell: despite the Exarch's refusal to send help, the Highlanders and Campbell had decided to defend their homeworld, and Stone let them go.[6]

The next battle turned the tide of the battle against the Capellans, driven them out of Fort Barret, but failing to drive them out of the HPG complex. Baxter made a request of reinforcements... and received an unexpected help.

The Draconis Combine had launched Operation TIAMAT, taking several Republic and Federated worlds, separating both states. On the 5th of December, several Combine JumpShips arrived at Northwind: they carried the Hikage, an elite and new regiment, and the Fourth Dieron Regulars. They had received the call and came to assist their allies. However, Baxter wasn't happy to see them: the Combine and Confederation were allies, but the Hikage leader, Ikeda, refused to share his intentions, and his initial refusal to help worried the Capellan leader.

The Hastatis resistance forced the Capellans to raze a large part of the planet's capital, and when the RAF fed misinformation to Baxter, they made her believe the Combine were there to take the planet's HPG from them. As Ikeda refused again to land, Baxter ordered his fighters to attack the DCMS DropShips, destroying several and damaging others. The incensed Kuritans, after making emergency landings on planet, marched to the Capellans positions, crushing any republican units than they found in their way, and on the 9th of December, they attacked the Capellans on New Lanark, to punish them for their attack.[7]

During the battle around the HPG compound, the Hastati breached the Capellan lines and forced them to retreat, following an explosion which engulfed the compound, completely destroying it.[7]

Both Capellans and Combine believed the other had destroyed the HPG to deny it to the other, but in fact, it was the work of the Watch, who had infiltrated the facility without detection. Without a reason to continue fighting, the Combine troops retreated to their DropShips, and the Highlanders let them depart. Baxter kept going, but her forces attacks were repelled. Finally, by the 15th of December, she was forced to order a general retreat out of the system.

The battle made cracks in the Unity Pact, and in fact, Ikeda's delay to intervene was only because she was awaiting the moment to attack. Her post-mission report indicated than she expected to share the planet with the Capellans. Both sides ignored that the HPG's destruction was only aboveground: the core was intact and could be totally rebuilt in about two to three years.[8]

Units Involved in the Conflict[edit]