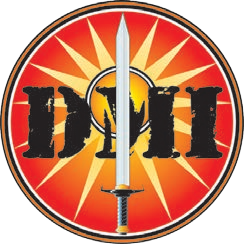 The AFFS' main intelligence agency, the DMI is responsible for gathering knowledge about enemies and potential enemies of the Federated Suns any way possible and, as a secondary duty, defeat or confuse enemy intelligence operations via sabotage, misinformation, or other means.

The Department of Military Intelligence is part of one of the most successful branches within the military machines. Operators of the DMI can be equally ruthless as their counterparts in the other successor states. The forming of Federated Commonwealth created unrest among the traditional nationalist and independent movement in both halves of the new state. [1] After the horrific killing of Archon Melissa Steiner by a bomb the new ruler her son Victor used the DMI to control separatist movements. The civilian Ministry of Information, Intelligence, and Operations increased its influence because Hanse Davion and the former director Quintus Allard were close friends. The MIIO handle all internal affairs and the DMI concentrate on the Successor States. [1]

Intelligence Secretariat The bureau was created to coordinate the operations from three different intelligence branches (DMI, MIIO, LIC). It makes its a lot easier for the DMI because they have a central point when they have doubts if their action overlap with others. [2]

After the death of Archon Melissa Steiner-Davion, the cooperation between the DMI and the LIC became more complicated. The Lyran branch argued to secure the borders of the former Lyran Commonwealth at their own expense. That behavior decreased the efficiency of the LIC. [2] All three branches worked together to capture the killer of Melissa Steiner and Wolfnet operatives get information that the Intelligence Secretariat held a person in captivity which is suspected to be responsible for the assassination. [2]

The DMI has several political goals:

Maintaining Federated Suns Borders The DMI watch the former borders of the Federated Suns and that behavior is considered as a weakness to the alliance by many lyran nationalist groups. With the victory of ComStar about the Clans the agency shifted their attention back to their former enemies, the Capellan Confederation and the Free Worlds League. The Clan treat is handled by the LIC and the AFFC equally that takes a large burden from the department to. The split of the order after Tukayyid caused chaos among the Inner Sphere intelligence agencies combined with the creation of the alliance between the CC and the FWL + Word of Blake many new agents are needed to fill the holes. The DMI try to infiltrate the organizations with their own operators.[2]

Disrupting capellan operation The Capellan Confederation and the Maskirovka is the largest threat to the Federated Commonwealth in the eyes of the DMI. Some analysts believe that the current Chancellor will use the industrial base of the Free Worlds League to start a large military operation when Isis Marik gets the new Captain-General in the near future. The former Capellan territories in the Sarna March and Tikonov region saw increase hostilities between the Capellan supported guerrillas, death commandos and the agents of the military agencies.[3]

Strengthen Relations with the St. Ives Compact The DMI supported the St. Ives intelligence agency since the separation from the Capellan Confederation during the 4th Succession War. With the help from the DMI several Maskirovka cells could be detected and destroyed. Sun-Tzu Liao show now interest so fare to increase the activity of the intelligence branch. He uses the operators only for information gathering purpose. The Free Capella movement is backed by the DMI but could provide only partial information for the St. Ives Compact. Only the future can tell what will happen. [3]

Locate Clan Homeworlds The DMI show no great efforts in the search for the Clan homeworlds. In the current situation the planets conquered by the Clans are garrisoned by the elite of the invaders. Should the Inner Sphere find in the future the home planets of the invaders any military actions will force the Clans to relocate their troops back home. In the meantime all actions have the goal to support the ISF in the defense against the Clans. [3] ComStar Surveillance

The DMI consists of seven divisions in 3025:

Command – The CO is always a Field Marshal. As the head of the organization, this department is responsible for training and C3 duties. The High Command delegates its orders through M1. To prevent the abuse of such powers all actions must be confirmed by three officers with the rank of General or higher. Only the First Prince, his military aide or the High Command can decide to take action against the Davion-Clan.[4]

Analysis and Speculation – All information gathered from electronic or field operatives are collected, categorized and analyzed to see the big picture. Teams from this department provide March and field commands with crucial information, as well as insuring relevant data is sent to the Fox's Den. This provides the High Command with an accurate overview of ongoing campaigns.[5]

Electronic Information Gathering – Agents of MI3 watch the enemies of the AFFS very close with all electronic measure available. To their inventory includes listening posts, satellite, specialized jumpships and so on. All 'conventional' HPG communication and through the black boxes are secured, too.[6]

MIIO Liaison – As the activities of the Ministry of Information, Intelligence, and Operations and DMI frequently overlap, members of this division work to prevent duplication of effort or one agency's operation interfering with another.

The separation of intelligence gathering efforts into a military focused organization (DMI) and a civilian-led organization (MIIO) allows the DMI to focus primarily on military related matters, while the MIIO considers nearly everything else. In addition, the fact that there are two "competing" agencies producing the same product insures that the AFFS High Command gets relevant and accurate data.