History of the Star League 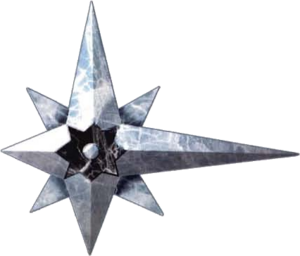 Crest of the Star League

The first treaties of the Star League were penned by the Terran Hegemony, the Capellan Confederation, and the Free Worlds League in 2556. Following these initial treaties, the Lyran Commonwealth (2558), the Federated Suns (2567), and finally the Draconis Combine (2569) also signed. The Star League was officially born with the July 9, 2571 signing of the Star League Accords by Ian Cameron and the five house lords.

In one of his first acts, First Lord Ian Cameron appointed his wife, Shandra Noruff-Cameron as Chief of Staff and Commander-in-Chief of the yet-unformed Star League Defense Force. Dividing the SLDF up into six Military Regions, the capitals being Asta, Altair, Fomalhaut, Procyon, Sirius and Rigil Kentarus, each region stood between a Member State and Terra itself. Shandra assured each region would have few troops from a bordering Member State to prevent insurrection, and assigned loyal Hegemony divisions as the core of each region's command structure. The SLDF also maintained another 4 military command structures, one based on Terra, two reserve divisions, and an elite, rapid response division known as the Star Guards.

During Ian's reign, efforts were made to bring the Periphery into the League. Through the various bloody battles in the Reunification War, a ceasefire was reached with the Outworlds Alliance in 2585, the Magistracy of Canopus was defeated in 2588, the insurrection in the Rim Worlds Republic was extinguished in 2596, and the Taurian Concordat was finally defeated in 2596. Each Periphery realm in turn was forced through a reconstruction (at the cost of the conquered realm), and some worlds (particularly Taurian worlds) were annexed by neighboring Member States. Upon completion of reconstruction, each Periphery realm was made a nonvoting Territorial State. Though these territorial states held little external sway, each was allowed to enact Star League laws as it saw fit; usually all Star League laws passed through little more than a legislative rubberstamp.

In 2600, Lady Shandra Noruff-Cameron died, followed two years later by Lord Ian. Ian's son Nicholas was then declared leader of the Star League. During Nicholas' reign, the League narrowly averted a war with an unbalanced Leonard Kurita and the Draconis Combine, avoided when the shamed Kurita family assassinated the Coordinator. Another feature of Nicholas' reign was a string of important technological breakthroughs, the most significant of which include the hyperpulse generator, new water purification procedures, medical advances, and neural-dimensional computer technology, all leading to rapid expansion of the Star League. Marrying Lydia Petersen, Duchess of Bryant earlier, in 2598, their son Joseph was born two years later. Joseph would be killed in a training accident in 2641. In 2646, Nicholas Cameron designated Michael Cameron, Joseph's son, as his successor, who assumed power in 2649 upon Nicholas' death.

Michael's reign was characterized by incidents with the Rim Worlds Republic and House Kurita, with the Draconis Combine encouraging independent MechWarriors to engage SLDF forces in self-proclaimed 'duels' in the First Hidden War. On October 13, 2690, Michael retired after he was diagnosed with pancreatic cancer, and Jonathan Cameron, his oldest son, was designated his replacement.

During his reign, Jonathan engaged in a buildup of SLDF forces. First Lord Jonathan declared that Royal units would receive new technology first, with house units receiving it as hand-me-downs many years later, and saw to the construction of Space Defense Systems in major Hegemony systems, composed of drone WarShips, computer-run spaceports, and huge ground-based laser and missile emplacements designed to mop up any remaining invaders. Jonathan faced renewed cries of discontent in the Periphery and a second political crisis from the Draconis Combine, when House Kurita launched the Second Hidden War against House Davion over the question of Kurita succession to the Davion throne. Unstable and unable to rule, Jonathan consulted his sister, Jocasta Cameron, more and more often, with Jocasta in effect becoming the de facto leader of the Star League. The appearance of five crack Star League divisions shocked both sides of the Second Hidden War into agreeing to a ceasefire, and the issue was resolved in Davion's favor. In 2738, Jonathan Cameron died of a stroke, and Mother Jocasta handed over the Star League to Jonathan's son, Simon.

With the growing discontent in the Periphery and worried that Periphery forces could soon rival that of the Regular Army, First Lord Simon instructed that more fortresses be built in and along the Periphery border. The only Periphery kingdom apparently supporting the Star League was the Rim Worlds Republic, the high praise and show of admiration from the Amaris family, rulers of the Republic, only making some observers skeptical, aggravated by the hidden Rim World forces bringing its power two to three times above the allowed numbers.

Angered by the lag in the Star League forcing a ceasefire between the Federated Suns and Draconis Combine, Richard Davion slowly withdrew its cooperation from Simon's reign, as Houses Davion and Kurita drifted further and further from participation in the Star League. Finally, in 2751, Simon Cameron died, his peace initiatives a failure, leaving his eight-year-old son, Richard Cameron II the only successor. The five Lords convened on Terra and appointed General Aleksandr Kerensky, commanding officer of the Star League Defense Force as Richard's Regent and Protector.

Stefan Amaris, ruler of the Rim Worlds Republic, slowly began working his way in as a "friend" of the young Richard, poisoning the young First Lord Richard's thoughts. When the Council Lords imposed a series of heavy taxes on the Periphery worlds, heavy fighting broke out, drawing in more of the SLDF forces, the new tax money being redirected to help the house Lords build up their own forces. Richard now saw Amaris as his closest friend and confidant, and Amaris took advantage of this, convincing Richard to remove all SLDF forces from the Rim Worlds Republic and ordered all SLDF bases and fortresses be turned over to the Rim Worlds Republic. After attempts to strip bases of technology, some managed to fall into Republic hands.

Stefan Amaris continued to expand his influence on Richard, as the Houses started skirmishing on the verge of Richard's majority. In an act of revenge for slights cooked up by Amaris, Richard ordered all House armed forces to be disbanded. Angered by this, the Lords protested, and when convinced by Kerensky on the illegality of the action, Richard rescinded his previous order.

Convinced by Amaris that Kerensky and the House Lords were against him, Richard became even more embittered. When the Periphery again exploded in violence, with Amaris as its chief architect. As more and more of the SLDF forces were required to fight the war in the Periphery, Amaris offered the service of Rim Worlds forces to help defend the Terran Hegemony. Under objections, Amaris' offer was accepted.

As discrepancies showed up, with many more Rim Worlds forces seeming to arrive than planned, House Kurita unsuccessfully requested that joint action be taken against the Republic. As more and more bases were placed under Republic control, Stefan Amaris proceeded to Terra and assassinated Richard and all remaining members of the Cameron family, taking power of the Star League, removing any trace of the Star League he could.

Involved with fighting in the Periphery, Kerensky regrouped and quickly took the Rim Worlds Republic. After some rest, Kerensky divided his forces up into three groups, one to travel through each of the accommodating houses toward the Hegemony. As time wore on, Kerensky's forces had only captured eleven worlds and were contesting another ten, while losing 30 divisions and 40 major WarShips. As Amaris forces withdrew to regroup, Kerensky advanced further, finally capturing the worlds nearest Terra.

On January 23, 2777, soldiers on eight worlds moved towards Terra and finally captured the planet after a bloody battle and over 100 million total dead, on September of 2779. Amaris and his family were executed soon after Kerensky heard of the fate of Richard Cameron and his family.

A year later, on October 10, 2780, the Council Lords gathered and stripped Kerensky of his title of Protector, refusing an offer by General DeChavilier to help overthrow the House Lords. Ten months later, the Lords had still not reached a decision on a successor for the position of First Lord, each claiming the position for him or herself, the Council being dissolved by the Lords on August 12, 2781. As the spirit of the Star League began eroding, Kerensky gathered 80 percent of the SLDF forces, and they jumped out of the Inner Sphere, not to be seen again for nearly 270 years, completing the collapse of the Star League. The collapse caused the Succession Wars.