In early 3029 Federated Suns intelligence agents became aware that Chancellor Maximillian Liao had issued orders to the Maskirovka to assassinate Colonel Pavel Ridzik, his most senior military officer and advisor, whilst Ridzik was on Elgin. First Prince Hanse Davion, aware of the growing separation between Ridzik and the Chancellor, had already begun laying the groundwork to recruit Ridzik, and issued orders to have the assassination attempt thwarted. When a female Maskirovka agent initiated the attempt to kill Ridzik in the Golden Kirin, an upmarket restaurant in Sochalladan, the capital city of Elgin,[1] in February 3029,[4] Federated Suns agents hustled Ridzik away in safety to New Avalon, narrowly avoiding the explosion intended to kill him.[1]

The negotiations between Ridzik and AFFS Lieutenant General Ardan Sortek led to Ridzik founding a new nation, the Tikonov Free Republic, from those worlds of the Tikonov Commonality that hadn't already been conquered during the first half of the Fourth Succession War. Ridzik returned to Elgin, the new capital of the Tikonov Free Republic, on the 3rd of March 3029 and swiftly began implementing a new government consisting of family members, friends and other appointees loyal to himself, purging dissident elements on the various Republic worlds and taking the opportunity to settle old scores.[1]

Goaded by requests from Archon Katrina Steiner and First Prince Hanse Davion, and aided by advice from Ardan Sortek, Pavel Ridzik decided to launch an offensive against the Free Worlds League in the second quarter of 3029. Ridzik's offensive targeted four League worlds, all of which were captured. The offensive caused shock within the League, in part because Ridzik didn't bother to tell his diplomatic corps that he was launching the attack, and his diplomats were actively courting the League as a potential ally until the news reached them.[5]

The Lyran Commonwealth leadership took advantage of the lull and launched an assault on Callison with Lyran officers commanding the mercenary Hsien Hotheads. Catching half of the Marik Guard in their transports waiting to be redeployed against the Republic, the Hotheads dealt the Guards a number of startling defeats and reversals. Eventually the Lyran commander offered to let the Marik Guard retreat in exchange for Callison and the stacked spare parts at the Spaceport, which the Guard, unable to resist, accepted.[6]

At the same time, the LCAF started massive levels of communications traffic and JumpShip movements that led the LCCC to believing a new Commonwealth offensive against the Free Worlds League was about to begin. Janos Marik, with trouble on all fronts, ordered a strategic withdrawal from nine worlds:[7] Alula Australis, Castor, Denebola, Devil's Rock, Graham IV, Marcus, Oliver, Pollux and Zosma.[8][9] Faced with what he believed to be the plausible threat of a major offensive against the League in the region, Janos was more concerned with saving the six or seven assorted BattleMech regiments present within the region than he was with retaining the worlds, as he believed that the offensive would most likely be aimed at snipping off the corner of the League closest to Terra - and to both the Federated Suns and the Tikonov Free Republic. He also withdrew from the newly-occupied worlds of Launam, Milton, Phecda, Wyatt and Timbiqui, which had captured during Operation DAGGER, believing that any Lyran offensive would naturally make recapturing recently-lost worlds a priority, and withdrew the forces that had been engaged in attempting to capture Poulsbo. What Janos Marik did not know was that the Lyran movements at the time were a bluff, and he effectively ceded the four worlds captured by the TRFA to the Republic with his strategic withdrawal.[7]

Despite the success of the military campaign against the League, Ridzik continued to press Sortek for control of Tikonov to be ceded to the Republic.[10] Sortek's refusal led Ridzik to plot to kidnap Melissa Steiner-Davion, who he believed would be travelling through the Republic in the near future;[11] Ridzik never had the opportunity to launch his plan, however, as he was lured to his death by an assassin sent by Romano Liao - the same assassin who had attempted to kill him in February. Using a verigraph prepared by Elizabeth Liao, the wife of Maximillian Liao and Ridzik's lover prior to his defection, the assassin killed Ridzik in a slow and lingering manner, revealing during the assassination that Romano had also had Elizabeth killed.[12][13]

With the death of Pavel Ridzik six months after the initial assassination attempt that had prompted him to defect, the Tikonov Free Republic was left without a leader. Ardan Sortek temporarily resigned his commission with the Armed Forces of the Federated Suns and his Federated Suns citizenship to administer the Republic while elections were called.[14] With the Sarna March already established under the rule of Melissa Steiner-Davion, it wasn't difficult for First Prince Hanse Davion to influence the people of the Republic to vote for membership of the Federated Commonwealth, particularly given the lack of a strong leader to oppose the idea and the more palatable nature of Melissa Steiner-Davion as a ruler than Sortek. With the merger agreed, in September 3031 the Republic disbanded and became a minor administrative district within the Sarna March.[2]

Map of the Tikonov Free Republic[edit] 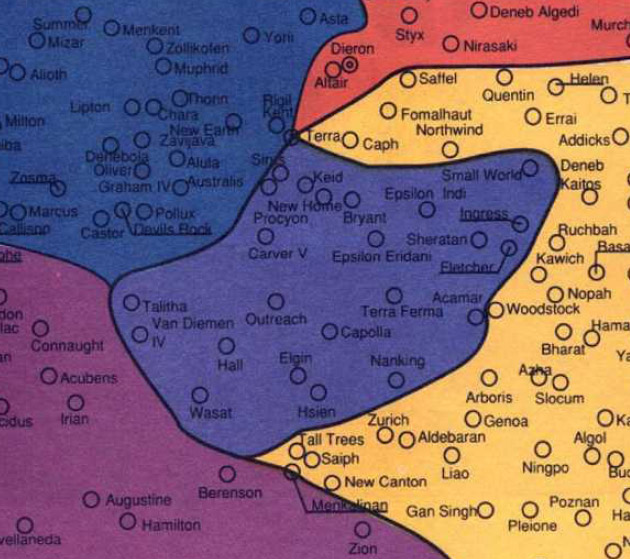 Military Forces of the Republic[edit]

The Republican Guards was the brigade that formed the core of the Republic's main army, the Tikonov Free Republic Army. Despite the Republic voting to join the Federated Commonwealth, the Republic Guards survived absorption and continued serving the region until the last unit was eliminated in the final blows of the FedCom Civil War.