The chain of events leading to Stefan Amaris's destruction of both the Star League and the Rim Worlds Republic began in 2751. Then First Lord, the fair and just Simon Cameron, died in February as he toured a mining complex on New Silesia. It was later proved than his death was a murder, but who was behind it and why he did it remains unknown. This left 8-year old Richard Cameron as First Lord, ruler of the entire Human Sphere. Aleksandr Kerensky was named Protector and Regent of the Star League, but Stefan Amaris quickly penetrated the Terran Courts. The young Richard became paranoid and megalomaniacal under the tutelage of the Terran courtiers, including Stefan. 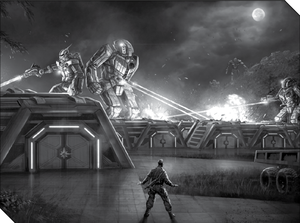 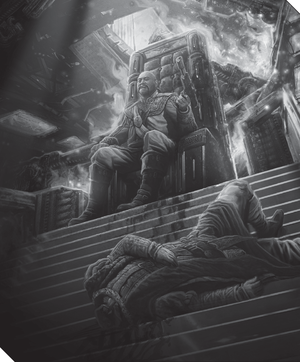 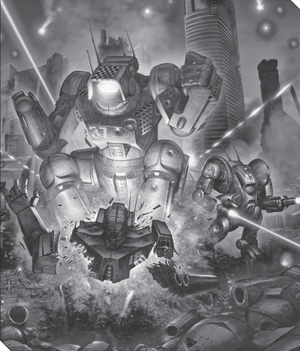 Stefan's first act, after rename the Star League Amaris Empire, was to order Aleksandr Kerensky to maintain operations (against the Taurian Concordat), which Kerensky refused. Both sides then requested aid, which was flatly refused by each Territorial State and each Inner Sphere State. Thus started the Amaris Civil War (2766 - 2780). Though the SLDF was the most powerful fighting force in the Human Sphere, it faced a gigantic Republican war machine, numbering more than 100 regiments of BattleMechs alone.

Kerensky began his operations by conquering the Rim Worlds Republic, led by Stefan's regent, the patriotic Mohammed Selim, an unambitious administrator Stefan could trust. The SLDF took Terra Prime by 2769. Upon completion of military operations within the Rim Worlds Republic, the SLDF took a couple of years to prepare, then Kerensky began the Operation CHIEFTAN in 2772 to begin the realm's liberation. The SLDF invaded Terra in 2777, and by 2779, the outcome of the battle and the war was a foregone conclusion. On 30 September, 2779, Stefan Amaris was taken captive by the SLDF after Aleksandr Kerensky himself personally knocked down the palace doors in Unity City in his Orion BattleMech.

Despite the end of House Amaris, the Rim World Republic might have endured. However, the loss of the core of the Republic to annexation by the Lyran Commonwealth, as well as the power vacuum left by the death of the Amaris family and the Rim Worlds Republic Military, meant the remaining independent worlds, literally more than 24 systems, were left to fend for themselves. Dozens of small bandit kingdoms arose in the vacuum of the collapse of the Republic, financed by privateering and de facto mercenary deals; the rest persisted as Periphery independents or disappeared.

In the wake of the death of the Cameron line, each Great House Lord coveted the possibility of becoming the next First Lord. General Aleksandr Kerensky was summarily stripped of the title "Protector" by the House Lords in 2780. By this time, Kerensky had had enough. As the House Lords bickered over succession, Kerensky made ready to depart the Inner Sphere. By his (sound) reasoning, the succession to the First Lord's throne was going to be a bloody affair, and he would not let humanity's defenders become pawns of the ambitions of petty jealousies. Following Kerensky's famous Exodus order on July 8, 2784, most of the SLDF gathered at New Samarkand, departing on 5 November. The descendants of the Star League Defense Force would not be discovered for 260 years.