Cyrus Elam (born October 21st 2750 - died 2834, aged 84 years) was the first Khan of Clan Goliath Scorpion. A trained combat engineer, his innovative approach to tactics would prompt ilKhan Nicholas Kerensky to make him a leader in his new society. A crafty warrior and commander with a keen sense of justice, he would finally be killed in battle against Widowmaker saKhan Kyle Vordermark.[1]

As with many of the people who left the Inner Sphere behind in General Aleksandr Kerensky's Exodus, little is known about the pre-Exodus life of Cyrus Elam. It is known that he was highly educated, often showing himself to be well-read in Classics, Literature, Religion and Philosophy, as well as higher Mathematics and Physical Sciences. His knowledge would serve him well throughout his life.[2]

Trained as a combat engineer, Cyrus Elam had a long career serving in the Star League Defense Force Corp of Engineers. His specialties were in the areas of Bridge Building and Demolitions.[3] During the Amaris Crisis, his wife and children were killed in the violence that would claim so many lives. With no desire to live amid daily reminders of the horrors of the war against the Usurper, his decision to depart into the unknown with General Kerensky was understandably easy for him to make.[1] 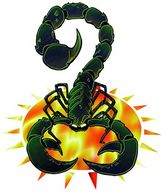 The Pentagon: Engineering a New Society[edit]

After reaching the Pentagon Worlds, and the necessary draw-down of SLDF forces that occurred, Cyrus Elam remained in service. His work revolved around the planning and construction of cities and infrastructure to support the new colonies.[1]

When the Pentagon Civil War erupted, he would follow Nicholas Kerensky to Strana Mechty on his Second Exodus. As an older member of Kerensky's new society, he acquired the nickname "Pops" among the mostly younger exiles. He believed his days as an active warrior were over and that he would most likely serve as a teacher to new generations of warriors. But his unorthodox tactics, a product of his engineering background, gained him favorable attention from the ilKhan. Cyrus Elam would be named the first Khan of the Goliath Scorpions. Paired with Jenna Scott as his saKhan, a young intelligence officer, the two would play to their individual strengths, with her handling much of the military concerns. Though he was regarded as the nominal "brain" of the operation, he would never hold back from a fight.[1]

When the order was given to begin the assault on the Pentagon World of Dagda on 29 July 2821, the Goliath Scorpions were given the task of neutralizing and securing Firebase Delta, an SDS capable of shooting down DropShips and fending off WarShips. Making their combat insertion into the McMillan Collective held Satan's Table region of the planet via a modified Torrent Heavy Bomber, saKhan Scott led a binary in taking the communications center, effectively blinding the defenders.[4]

The fighting went their way during most instances, but in one tragic incident the Scorpions lost nine BattleMechs to an explosive booby trap that plunged two Stars of the war machines into molten lava just beneath an area of crust only meters thick. Only one 'Mech escaped the inferno due to the quick use of jump jets on the part of the MechWarrior. Upon finding out that the minor commander responsible for the trap was among the rebels captured after the struggle, Khan Elam would have her executed in the same fiery manner.[5]

Dagda: Riva and The Chosen[edit]

The Goliath Scorpions would continue their actions on the continent of Riva through August and September, making slow but sure progress over the resource rich land. Fighting against a group that called itself The Chosen, Khan Elam led the fight against the entrenched rebel fanatics who had been secretly undermining the confidence of people already conquered, inciting further unrest behind the lines.[6]

Progress was slow and not without losses to the Scorpions, but the mining facility turned rebel stronghold would eventually fall under a combined assault by Khan Elam and saKhan Scott. Care was taken not to compromise the structural integrity of the complex, since it was located at high altitude in near-vacuum conditions. Once inside the base, Khan Elam would find that many of the followers of Kaline Escher, the leader of The Chosen, had taken their own lives, while many of the survivors were near starvation. Kaline Escher herself was still alive. Once more, Khan Elam's sense of honor and justice took over. After a short trial held soon following the fall of the base in mid October, Khan Elam himself would carry out the sentence, ejecting Escher from an airlock to perish in the elements.[6]

One of the last challenges to be offered on Dagda to the Goliath Scorpions, and Khan Elam specifically, was the continent of Tenno. Another resource-rich land, it was even more inhospitable than Riva, with low amounts of population but high levels of technology. Defended by a faction called The Drakkar, it would not be easy for the already weakened Scorpions to take. Fighting their way toward Black Mesa, each loss was as precious as life's blood. Khan Elam offered to negotiate with the Drakkar leader at this point. After a spirited debate between the two leaders, which saw Drakkar leader Pranay Sawent attempt to break off negotiations, Khan Elam played his trump card: He ordered a short orbital bombardment on a nearby mountain, obliterating it. This show of overwhelming force convinced Sawent to surrender his faction with no more fighting.[2]

"Yours is one little empire on this world, and one world among many. The ilKhan pledged to restore order, and I pledged to follow him."

True to Khan Elam's nature, when Sawent was later convicted of war crimes committed during the Pentagon Civil War, the Goliath Scorpion Khan would testify to Sawent's character and highlight his prudent decision to surrender, lessening the sentence that would likely have been death or lifetime imprisonment. After his release from the Prinz Eugen, Sawent would join the Goliath Scorpions as a member of the technician caste, adding his vast knowledge of manufacturing to the Clan's efforts at development. [7]

The legendary actions of Naomi Djerassi on Kepler Atoll would secure victory at the deep sea mining facility for the Clans and Goliath Scorpion. A singular effort after her team of commandos and saboteurs were killed, Operation Klondike would effectively be over for the Clan after her return.[8]

Certain events that took place during the course of the campaign would continue to have repercussions. When the Widowmakers elected Cal Jorgensson as their new saKhan during the campaign, he called the Scorpion battles "a sideshow, and poorly organized at that", a comment that Khan Elam took exception to. He would challenge the Widowmaker saKhan to a Trial of Grievance over his insults, only to see the trial blocked by the ilKhan until after hostilities had ended.[9] Though the matter of the trial would not come up again, the animosity between the two Clans would continue to grow, before coming into play again later when the Widowmakers were Absorbed by Clan Wolf.

Into the Golden Century[edit]

After the conclusion of Operation Klondike, the Goliath Scorpions set about rebuilding their Touman as well as developing the resources of their holdings. Khan Elam would especially impress the importance of their undersea mining operations and other endeavors that helped to exploit their resources to the fullest. Khan Elam would request and be granted the right to induct Star League Gunslinger Ethan Moreau into the Goliath Scorpions to train recruits brought in to replace losses from the Dagda campaign. He would appoint Moreau as the first Loremaster of Goliath Scorpion two years later in 2824.[10]

When Khan Jerome Winson of the Wolves called for a Trial of Absorption against the Widowmakers in 2834, the Scorpion Khans would back him just as they had backed him against the Not-Named Clan more than a decade earlier. After the death of the ilKhan, the true coursing of the Widowmakers began. Soon only their colony world of Roche was left, the capital of the Widowmaker holdings. Clan Goliath Scorpion also had an enclave on the planet and had been watching events closely. When the Wolves arrived to finish off the Widowmakers, two additional Trinaries of Widowmaker 'Mechs came out from cover to ambush the Wolves.[10]

Seeing this catastrophe unfolding, and remembering his Surkairede to Nicholas Kerensky to do all that he could to defend him and his descendents, Ethan Moreau charged in his 'Mech to assist the Wolves, with Khan Elam and several other Scorpion MechWarriors following behind. During the battle, Khan Elam challenged Widowmaker saKhan Kyle Vordermark to a duel, but the fight was interrupted by an artillery barrage originating from an unknown location. The suspicious barrage killed both men, as well as two stars of 'Mechs in the immediate area. Though initially the Wolves were livid at this interference in their trial, Khan Winson would come to accept that Ethan Moreau's surkairede was a debt owed to all of Clan Wolf, acknowledging that their timely aid and the sacrifice of Khan Elam saved the lives of the otherwise trapped Wolf warriors.[10]

The founding Khan of Clan Goliath Scorpion (with saKhan Jenna Scott), Cyrus Elam was also the founder of the Elam Bloodname House. He would impress many ideas on his fellow Clansmen and women that they would carry on through the generations. Among them would be the clever use of all available resources. Whether in regard to materials or to people, Khan Elam believed in looking beneath the surface to find the true measure of worth. He would also demonstrate by his actions the importance of justice to a Clan warrior, in addition to honor.