During the Trials that led up to Operation REVIVAL, the Fourth Jaguar Dragoons were one of the Clusters that faced Khan Ulric Kerensky in the Trial of Refusal called by Clan Wolf.[1] They fought the Clan Wolf Third Battle Cluster alongside the 15th Rapier Cluster of Clan Burrock.[2] The Dragoon warriors were under orders to not extend zellbrigen to the Wolves. The Jaguar-Burrock force split the Wolves, overwhelming them. A blind PPC shot from Star Colonel Aaron Showers to the Gargoyle of Khan Ulric Kerensky ended the Trial and allowed REVIVAL to commence. 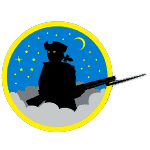 Jeanette
Alpha and Beta Stars from the First Trinary Battle landed on what ComStar had told them was the undefended world of Jeanette in June 3050, however, Precentor Kevin James in command of the planet's HPG station sent two Level II ComGuard units from the Divine Light to attack the Dragoons, but were swiftly destroyed. Precentor Martial Anastasius Focht agreed to pay restitution for damages and personally apologized.[3]

Luzerne
In August 3050 Luzerne was defended by survivors of the Ninth Alshain Regulars who had escaped the Clan Ghost Bears attack on Jarett in May. The Regulars prepared and lured the First and Second Battle Trinaries into well-orchestrated crossfire at Topeka Bay. The Jaguars were able to force their way out and circle behind the Ninth, which forced the Regulars to flee north while taking heavy casualties. The Dragoons caught the Regulars in their own trap at the Lawrence Pass, virtually destroying them under the heavy fire as they fired down from the walls of the pass.[4]

Avon
Both Clan Smoke Jaguar and Clan Nova Cat had designs on Avon for its strategic position. The Jaguar Khans proposed that both Clans share the world in order to save their resources for fighting the Inner Sphere. Some sources claim that a single Cluster from each clan attacked the planet[5] while others place elements of three Jaguar and two Nova Cat Clusters in action: the Fourth Jaguar Dragoons, the 214th Jaguar Dragoons, the Fifth Jaguar Regulars, the 274th Nova Cat Battle Cluster and the 449th Nova Cat Assault Cluster.The Jaguar forces landed first in late November 3051 followed by the Nova Cats in early December.[6][7] The defending troops of the 2nd Amphigean Light Assault Group were routed from their dug-in position on the Pollit Plains and Tenderlands by a Nova Cat assault. Realizing they were outclassed and the defenders opted for a guerilla campaign. Allowing the Clans to set up forward bases, the defenders attacked these under cover of darkness with 'Mech companies in a attempt to destroy as much of the supplies stored there as possible as well as commando sabotage missions in the Devon Heights, Beachweld and Fresno. In response the Jaguar commander sent out headhunter missions and in a single night eliminated the entire command structure. After which the Amphigean Light Assault Group was destroyed at Fresno by an assault by the 214th Jaguar Dragoons.[7][8]

Asgard
The minute the Fourth Dragoons and the Nineteenth Striker Cluster touched down on Asgard in February 3052 they came under almost constant artillery attack from the Third Benjamin Regulars. Undertaking a forced night march to avoid this the Clan force marched on Vernan, catching the Regulars by surprise and forcing them to retreat after a fierce battle. The Regulars Heavy and Assault 'Mechs fought a rearguard action while the rest of the unit moved to a second defensive line at Odin's Retreat. This position held for a month before breaking under the assault before the Fourth crushed the Regulars western flank. The Regulars broke and ran for their DropShips on the Ragnarok Plains fighting all the way, roughly a battalion escaped.[9] 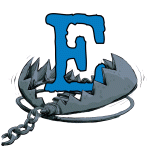 Insignia of Epsilon Galaxy
The Dragoons were transferred to Epsilon Galaxy and took up formal garrison duties on Asgard in 3054.[10] They took up station in Vernan, the largest city on the southern continent of the planet.[11]

Asgard
As part of Operation Bird Dog Jake's Heavy Hitters, a company sized unit from the Davion Heavy Guards, dropped onto Asgard in early May 3059. The Fourth hunted it down, but were still dealing with this threat when the main assault hit the planet. [12]

Asgard
When Star League forces including the ComStar 278th Division, the Third Proserpina Hussars, the Third Benjamin Regulars and the main body of the Davion Heavy Guards landed on Asgard in late May they faced the Forth Jaguar Dragoons as well as the Command Keshik of Epsilon Galaxy. The Jaguar commander, Aaron Showers, anticipated the strategy of the opposing forces, as they were the same employed back in 3052 when the Combine lost the planet. The Fourth pulled back to the mountains of Odin's Retreat. The ComGuards attacked from the south, the Davions from the east and the DCMS forces from the west.[11] In the resulting campaign the Fourth Jaguar Dragoons were driven back by the DCMS forces, to be caught in a pincer by the Davion Heavy Guards and destroyed in detail.[13] No Smoke Jaguar warriors escaped the planet.[14]

The Dragoons are known to prefer dueling lighter class units, a practice that some consider dishonorable.[1]

When making an attack against a heavier weight class unit the Forth Dragoons receive a +1 bonus to its to hit rolls.[1]