Titus Cameron-Jones was a Free Worlds League nobleman, Politician, and Prince of the Principality of Regulus.

Titus was gifted organizer, poet, and pacifist in his early life.

Elder son to Kirc Cameron-Jones, he was estranged from his father. This was due in part his father's multiple extramarital affairs, especially while his mother was alive and still married to him. Not seen as the politician his father was, he was a pacifist poet and many thought he was destined to become the CEO of the family business interests.

He attended Aitutaki Academy on Regulus, while attending the school he was found among the few student protestors who were against the invasion of the Sarna March in 3057.[4]

Becoming the Prince of Regulus[edit]

During the Jihad in July 3072, Titus's father gave his "Day of Infamy" speech, which began his bloody purges of the population. His father's rampant paranoia propelled him to seek out the traitors that led to the "Night of Fire", where the Word of Blake's 49th Shadow Division stole Regulus's small stockpile of nuclear weapons and then razed capital city.

As Titus began his investigation into the unseen traitors who aided Blakist agent "Sonja Amora" in her mission, his father was too impatient and paranoid, beginning the purge, which involved killing one million Regulan citizens.[5]

Operation VIJAY and the fall of Prince Kirc[edit]

In March of 3073, Kirc enlisted Titus to plan and lead a military operation against the Blakist world of Gibson. Naming it Operation VIJAY, his father gave him command of the Fourth Regulan Hussars as the lead unit in the operation. In the midst of his planning, Titus enlisted anti-Blakist mercenary units, the Wild Geese and the Thirteenth Stalking Horse to bolster the task force's numbers. His father pressured him that more forces were needed, leading Titus to add lesser known mercenary units which had escaped the occupation of Outreach & Galatea.

However, Titus found himself under house arrest, ordered by his own father, on April 27th. His father gave the Task Force to retired General Tomaso Kinchuhara, in order to lead in the assault against Gibson. By September, Titus's father received word that barely a regiment of the Task Force managed retreat from Gibson. Kirc, in his paranioa peak, slowly began plan a second far-reaching purge of Regulan society to ring out the "traitors" who betrayed his forces.

In September, Force Commander Michelle Ryan from the First Regulan Hussars gathered a group of like-minded soldiers to release Titus from his incarceration. She convinced him that his father had to be stopped. Titus went before his father on the eve of his father's new purge and convinced him to stand down. His father finally abdicated.[6]

Reign as Prince of Regulus[edit] 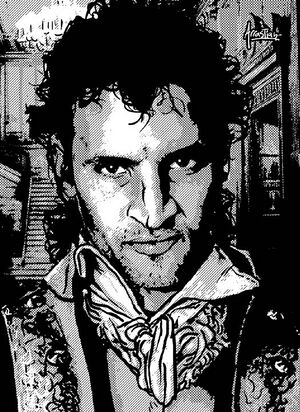 When Titus took control of the Principality, he set about rebuilding Regulus. He instituted a number of policy changes which included isolationism. He also had begun a relationship with Michelle Ryan, resulting in having a son named Lester in December of 3073[7]

In January 3074, Titus reportedly led a strike force against Irian, inflicting heavy damage on the planet's manufacturing industry.[8][9] A month later, having received a rebuke from the Atrean government, Titus renounced the title of Captain-General that his father claimed during the last years of his reign as Prince. He then began his policy of noninterference with League affairs[10] In April 3075 Titus made the controversial decision to create a formal investigation into the Purge using a team of forensic anthropologists from the Aitutaki Academy, located on the nearby world of Aitutaki; the team was headed up by Doctor Ravi Singh, and amongst other duties was responsible for identifying the remains of victims of the Purge so that they could be returned to their families and interred. However, despite ordering the investigation, Prince Titus also issued a complete blanket pardon to the First Regulan Hussars, covering any involvement that they had in the Purge - a decision which upset many, despite Titus' assertion that the Hussars were needed as part of a strong Regulan military to deter "expansionist forces".[11]

Titus formally married Force Commander Michelle Ryan as his wife on the 4th of May of 3075. The modest ceremony was held in Regulus City,[12][13] and as a wedding gift to her, he gave her a newly built Ostwar BattleMech.[14]It was noted that he did not invite his father the wedding.[15]

The Word of Blake arranged ceasefire, where leaders of Gibson and Regulus would meet. In April 2nd, 3076 a Thera-class Aerospace Carrier, ex–FWLS Corinth entered orbit above Regulus. Precentor Apollyon arrived at the Masterson Memorial Spaceport in Regulus City, where he met with Titus. At their meeting, Titus was given this warning from Apollyon;

After giving his warning to Titus, Titus' wife Michelle Cameron-Jones ordered a Commando team to fire on Apollyon. Chaos on the field broke out, as soldiers attempted to kill the Precentor, only be stopped and killed by invisible troopers. Only when Apollyon barked his command to stop did they cease their attacks. Titus as well, finally being heard barked "Cease fire" to his people. Blakist Stealth Battle Armor's mimic camo was shut down allowed the Regulans whom they were fighting. Angered by the Regulans' betrayal, Apollyon had one of his troopers crush Titus's left arm. Titus crumpled to the ground nursing his shattered arm, as his wife rushed to his side. Apollyon restated his question to Titus, if he understood the agreement of their ceasefire. In a voice of stone, Titus replied he understood.[16] His arm injury was covered up in the media as the result of a boating accident.[17]

In March 3077, his wife Michelle, who was pregnant with their second child, was murdered. Unknowingly, his wife was targeted to inflict emotional harm to him for Regulus' actions[18] against the Selasys Shipyard in New Years Eve in 3076. The murder was carried out by Naamah on orders from Precentor Manei Domini, Apollyon. This caused him to withdraw from the public spotlight and abandon the social programs he had started.

Prince Titus turned his attention to Regulus' military affairs which he had neglected since taking the office of Prince of Regulus. Titus expanded the Regulan military infrastructure on Regulus and turned the royal palace, the Palace of Mirrors, into the new RDFC Headquarters.

In 3077 he declared the entire continent of Tabar on Regulus a military reserve, forcing all civilians to be evacuated to the continent of Tinnin. Tabar being handed to the military forces caused civilian flights over the area to be rerouted. He then puts into motion the construction of a large 'Mech factory among other heavy industries being set up near Mount Rajah on the continent. These industries being set up on Tabar were nationalized by Titus.[19]

Regulan forces deployed on operations against the Regulan Free States from May of 3077 under orders from Titus, but the initial campaign against the world of Vosloorus suffered from a lack of clear direction, objectives or rules of engagement, calling Titus' leadership abilities into doubt. The forces on Vosloorus nearly ended up having to withdraw when the 2nd Marik Militia arrived at the end of May due to the lack of clear strategic objectives set for the Regulan forces.[20]

Titus was only seen attending his wife's funeral in October.[21]

On the 2nd of January 3078 Titus surprised many by giving up his post as commander of the Regulan Defense Force, handing over command of the RDF to General Thomas Orfelt. Orfelt was largely a known quantity, having been in charge of the RDF in all but name for several weeks by that point as well as being the strategist behind the Regulan military campaign against the Marik Commonwealth, but it had been assumed that even if Titus' wasn't directing military strategy, he would retain the formal title of Commanding General.[22]

Through his burning need to avenge his family, Titus dispatched General Orfelt and his forces on military expedition to exterminate Word of Blake, crossing the shattered Free Worlds League and Lyran Alliance on the trail any Blakist. Using Regulan WarShips, the expedition sterlized worlds of Diamantina, Paradise, and Poulsbo as part of Titus's need for vengenence. It would be in April 2nd in 3081, when his Regulan expeditary force would catch up with The Master and the Word of Blake on Circinus. From orbit, finally bring Titus's vengeance to a bloody conclusion with bombardment of the planet. Titus's efforts for revenge, would mark the official ending of the Jihad for the Inner Sphere.[23]