The Victoria War was a military operation starting at first by the Federated Suns against the Capellan Confederation in 3103, concluding in 3105. It would go on to include the Magistracy of Canopus and splinter states from the former Free Worlds League. 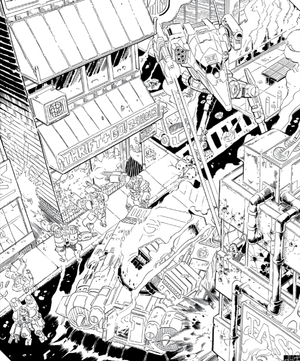 The flashpoint came as Duchess Amanda Hasek marched on Victoria. Having recently come to power, she had spent the last few years cultivating the loyalties of various senior officers and hiring mercenaries to conduct reconnaissance raids into Capellan space, probing for weaknesses. Her recon raids had discovered that many Capellan units had secretly been reassigned to the border with the Republic in anticipation of Sun-Tzu Liao's planned invasion of the Republic of the Sphere, leaving the border with the Capellan March under-defended.[1] Sensing an opportunity, and concerned that her clandestine preparations would be discovered by new Marshal of the Armies Athena Davion-Ross, Duchess Hasek ordered her loyal regiments across the border on 7 September, 3103. She had two goals in mind: First was to capture Victoria and its valuable factories in order complete her second goal; to upstage First Prince Harrison Davion[2]. Although the conflict lasted less than two years, by the end, three additional realms had become embroiled in the fighting. The Federated Suns ultimately would gain three worlds but would lose nine others.

Duchess Hasek's forces started the conflict by bypassing the border systems and invading Zanzibar, Jacson, and Menke. HPG stations were considered priority targets in order to maintain surprise and prevent the Capellans from calling in reinforcements. The invasion of Zanzibar went smoothly. Jacson fell quickly as well, but the defending mercenary force Lethal Injection was able to escape the planet and inform the Capellan government of the invasion. Following the battle at Jacson a mutiny among the 8th Syrtis Fusiliers prevented the unit from moving on to its next objective.

Menke turned into a quagmire as the world was unexpectedly reinforced by two regiments of McCarron's Armored Cavalry. Duchess Hasek threw more and more troops into the battle, diverting them from planned second wave targets. After two months of battle, the Capellan forces dislodged the invaders. 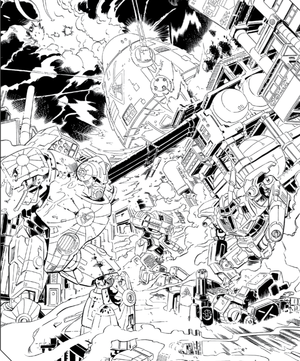 Hasek's initial war plans had optimistically assumed the initial targets of the first wave would capitulate quickly, and the regiments assigned to those operations would be immediately available for the main assault on Victoria, with further second wave assaults on planets in the vicinity to blunt the Capellan response. The ongoing meatgrinder of the battle on Menke derailed these plans, with the second wave regiments redirected piecemeal in a futile attempt to finally destroy the McCarron's Armored Cavalry Brigade. Still, the planned assault on Victoria went forward with only three regiments rather than the planned six. The AFFS task force jumped in to pirate points on 12 September.[3]

The nearby worlds of Yuris and Mitchel had their CCAF garrisons ordered off world as the closest units able to reinforce Victoria, and by late September Duchess Hasek's forces were able to conquer the two planets almostly bloodlessly. These anticlimactic conquests would be the only other advances made by Federated Suns troops during Wave Two, as all attention turned to Victoria.[4]

The 1st Federated Suns Armored Cavalry, Third Federated Suns Lancers, and 2nd Syrtis Fusiliers were able to initially overwhelm the Capellan defenders and take over Victoria's vaunted industrial sites soon after landing, but were unable to completely destroy the defenders or prevent them from calling for reinforcements. Over the next six months, the CCAF sent no less than six waves of reinforcements, including Warrior House Kamata, whose elite and fanatical warriors would end up becoming the backbone of the Capellan defense after their arrival in early November. The Davions forces set up an effective screen of aerospace fighters around the key world, which inflicted heavy casualties on Capellan reinforcements as their dropships burned in toward the planet. The battle swung back and forth, with each new wave making bold assaults and desperate defenses in turn, and the CCAF took a scorched earth approach, making the destruction of Victoria's battlemech factories a priority so that the FedSuns troops would end up conquering only rubble. Finally, on February 14th, 3104, the last of Warrior House Kamata retreated from the world, leaving the few shattered Capellan commands still on the planet to surrender or be destroyed. Victoria had fallen.[5]

Captain-General Jessica Marik dispatched three commands of the Duchess' Own Corps of Foot and Horse to strike targets in the Confederation. While the First Fusiliers of Oriente were repelled from Jasmine by the Prefectorate Guard, Pella II and Bentley were taken by the Oriente invaders.

The majority of the Andurien Defense Force was mobilized for an offensive into the Confederation's Sian Commonality, and struck several worlds on 5 February 3104. The Capellan worlds of Sigma Mare, Betelgeuse, Shiba, and Frondas were defended by militia troops and fell to the invading Andurien forces.

On Fronde, the invading First Andurien Cavalry lost its air support and most of its conventional forces on approach to the planet, and the remaining 'Mech forces were defeated in detail by the defending mercenary Kraken Unleashed. On Westerhand, the invading Third and Fourth Andurien Rangers proved insufficient to dislodge the defending Warrior House Dai Da Chi. The Warrior House commander, Shiao-zhang Doh Mak Su, requested and received permission to pursue the invaders back to their homeworlds.

The Chancellor mobilized units that had not yet been deployed to the Federated Suns front to repulse the invaders from the League remnant states. These included some of the highest-quality units of the CCAF, including the Red Lancers, Warrior House Imarra, the Castrovia Home Guard, the Second Confederation Reserve Cavalry, and the Death Commandos. These elite units retook all the worlds that had fallen to the Andurien/Oriente invasions.

The Magistracy Armed Forces were in the process of transporting troops to aid the Confederation on the Federated Suns front, and were in position to strike thinly-defended Andurien worlds along the Canopian border. While the Second Andurien Guards were able to hold off an assault on Aspropirgos, MAF forces seized seven worlds defended only by militia. Five would later be abandoned by the MAF, who maintained control of Claybrooke and Thurrock in order to widen the shared border with the Capellan Confederation.