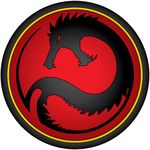 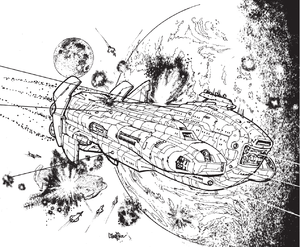 The DCA began expanding sharply after the Star League Council repealed the Council Edict of 2650, which had sharply limited the size of the military each Great House was allowed to operate. The Edict was repealed in 2752, and by 2765 the DCA had already expanded from just thirty WarShips to forty-two, largely through the reactivation of mothballed WarShips. The DCA was lighter in terms of WarShip weight than its contemporaries because of the limitations of the Draconis Combine industrial base, but had attempted to compensate by developing doctrines and tactics that focused on the use of small, powerful WarShips such as the home-produced Narukami-class destroyer.[2]

Of the forty-two WarShips operating in 2765, two - a pair of Vigilant-class corvettes named the DCS Iwate and DCS Wakayama - were permanently assigned to the First Proserpina Hussars; the remaining forty WarShips were distributed between eight distinct fleets, two of which were assigned to each of the Benjamin, Galedon, Pesht and Rasalhague district. Each fleet was based around a single Samarkand-class fighter carrier, but the remaining thirty-two WarShips were a mix of seven assorted cruisers and twenty-five destroyers and corvettes. Of those lighter ships, the six Block I Narukami-class destroyers were limited to operating within the Pesht-based fleets to ensure they had access to the shipyards required to keep the demanding destroyers operational.[2]

The DCA was fanatically loyal to Coordinator Takiro Kurita; while the DCMS viewed the DCA as little more than a glorified taxi service, the DCA was less restrictive in its recruitment than other areas of the Combine military and talented individuals from lower classes could and did rise through the ranks. While the ISF maintained a presence on every ship and all of the DCA crews were vetted by the ISF, the number of crews was increasing rapidly as the DCA expanded and those crews were loyal, proud, well trained and aggressive.[2]

The separation of AeroSpace Fighters is a constant sore spot with DCMS commanders, who want to have tactical control of aerospace support. As the ASF's are under the command of DCA officers, ground-support efforts only occur after DCA missions are complete. Takashi Kurita actually encouraged this rivalry as he thought it improved performance and morale.[1]

With Theodore Kurita's emphasis on combined arms operations, this rivalry may be reduced as DCA assets are integrated more completely into DCMS operations, but the production of new WarShips for the first time in centuries could exaggerate the rivalry.

After the resurrection of the Combine's WarShip program, the DCA took control of WarShips. However, when assigned to support a BattleMech regiment, operational command of the WarShip fell to the regimental commander.[3]

- The First Fleet was based in the Galedon district.

- The Second Fleet was based in the Galedon district.

- The Third Fleet was based in the Benjamin district.

- The Fourth Fleet was based in the Benjamin district.

- The Fifth Fleet was based in the Rasalhague district.

- The sixth Fleet was based in the Rasalhague district.

- The Seventh Fleet was based in the Pesht district.

- The Eighth Fleet was based in the Pesht district.

The DCA had the following WarShips actively deployed in 2765:[2][4]

The DCA was also operating between two and three times as many transport JumpShips as it had WarShips and hundreds of DropShips; the WarShips were rarely involved in transporting ground units, tasks which were instead left to the various transport JumpShips.[2]

The Draconis Combine Admiralty had the following WarShips either in commission or undergoing shakedown cruises in 3058:[5]