The Successor States (named as such due to their being the "Successors" of the Star League) are the major military powers of the Inner Sphere, each governed by one of the Great Houses with its own customs and culture. After House Cameron was wiped out in the Star League Civil War, the five remaining Great Houses spent the next several centuries fighting each other to determine who would succeed as the next First Lord. By the mid-31st century the endless pursuit of this goal had left the Successor States ravaged by apocalyptic wars and widespread technological decline, but with no clear winner.

Despite working together again to defeat the Word of Blake during the Blakist Jihad, the decades of peace that followed ended with the Blackout of 3132. By the mid-32nd century all of the Successor States had again attacked their rivals, leading to a new era of constant warfare. 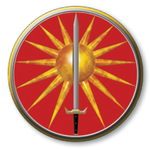 For a brief period of time the Federated Suns joined with the Lyran Commonwealth to form the Federated Commonwealth, a massive superstate spanning the length of the Inner Sphere. There was internal resistance to this merger of the two realms, particularly in the Lyran half, which bore the brunt of the Clan offensive. In 3057 the Lyran worlds seceded from the alliance, splitting FedCom in two and creating the Chaos March.[2][3] The split was made permanent after the FedCom Civil War.

The Free Worlds League was untouched by the Clan invasion, allowing it to become the industrial base to supply the other Successor States in fending off the invaders. The League underwent an economic growth that quickly made it one of the richest Successor States. However, during the ComStar Schism House Marik chose to side with the Word of Blake.[5] The dire result of this alliance was the Free Worlds League's destruction during the Jihad, though efforts to re-form the League during the 32nd century have taken place. 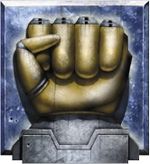 The Lyran Commonwealth, largely under the leadership of House Steiner, has long been considered the Inner Sphere's greatest economic power. Formed in 2340 from the combination of several smaller defense pacts, its original capital was on Arcturus before moving to Tharkad, where it came under the stewardship of the Steiner family and gained its Germanic trappings. With many resource-rich worlds, shrewd business acumen and a strong industrial base, the Lyran Commonwealth prospered even during the worst of times: in spite of the destruction of the Succession Wars, overall industrial output and average standard of living exceeded that of any other Successor State. This vast wealth helped the Lyran state weather any military reversals - especially self-inflicted ones - by quickly replacing their matériel losses.[11][12]

In the early part of the 31st century, the Lyran Commonwealth joined in a political union with the Federated Suns to form the Federated Commonwealth, a vast superstate spanning the length of the Inner Sphere. Resistance to this merger was strong within the Lyran state, and both its economy and territorial integrity suffered heavily during the Clan invasion. Katherine Steiner-Davion successfully engineered the succession of the Lyran worlds from the FedCom alliance in 3057, forming the Lyran Alliance in its place.[2]