The Capella system was the location of at least one habitable world, Capella VII, and as of 3145 was the administrative capital of the Capella Commonality within the Capellan Confederation.[4][5]

The Capella system is located close to the Geifer and Ilmar systems[6] and consists of a pair of stars - one class G8III and one class F6III - orbited by at least seven planets. During the thirty-first century recharge stations were in place at both the zenith and nadir jump points.[1][2]

The Capella system was colonized during the First Exodus from Terra.[7]

Capella VII - more commonly known simply as Capella - is the seventh planet in the Capella system and has a single moon named Nikos. Located at the L1 Point in orbit above Capella for much of its settled history were aerospace manufacturing facilities operated by Ceres Metals Industries and Rashpur-Owens Incorporated.[3]

In 2225, Emmanuel Denevieve Brunn responded to fears that the growing strength of the Capellan Republic threatened the Supremacy, launched an attack on Capella. Just five days after landing and securing key installations across Capella, Brunn found forces from Ares, Bandora, Kurragin and the other Co-Prosperity Sphere members arriving in orbit, and just two weeks later the Sarna forces had been driven off Capella.[12]

Justin Aris deliberately concentrated on growing both the arts and the various libraries and centers of learning on Capella in the early twenty-third century; drawing on his own classical heritage, he built Capella into a huge data clearing house, as well as a center for learning, thinking and the arts. In an era when dozens of worlds were struggling with independence and actively suppressing independent thought and expression, Capella actively welcomed scholars and artists with open arms. Justin Aris and Capella revolutionized the local region, making information a valuable currency and increasing Capella's influence with the surrounding worlds and nations.[14]

By the late 23rd century, Capella was recognized as being a "Teacher Of Worlds", the home of hundreds of the brightest minds of the day; this continuing growth in intellectual and artistic talent continued to boost the Capellan economy and with it commercial prosperity. Capella was soon a commercial hub to rival Chesterton or Sarna, and other worlds increasingly worked to develop goodwill from and good faith towards Capella, subtly shifting the flow of goods and barter away from older, more established worlds in favor of Capellan goods.[15]

This came to a climax in 2270 when the ruling senate of Capella, the Capellan Agoropolis, declared to be a fact what was already a de facto truth in the region - the formation of the Capellan Hegemony, a new nation which included every inhabited world within twelve light years of Capella as well as all of the founding members of the Capellan Co-Prosperity Sphere. While this was well received by the Capellan people, it antagonized the nearby Sarna Supremacy, who implemented a full-scale economic blockade of the Hegemony. It also triggered an actively expansionist attitude from the Agoropolis and its leader, Nicopolo Aris. In addition to acts of goodwill, such as the combined Capellan-Sian task force that freed Highspire from a pirate blockade, the Capellan Agoropolis also ordered brief conflicts with other states. These conflicts saw Capella attack both the St. Ives Mercantile League and the Ingersoll Concordium, annexing the Concordium almost immediately and securing economic dominance over several League worlds that became total annexation by 2292.[15]

Capella remained the capital world of the Capellan Commonality until the Commonality was disbanded by Franco Liao after his ascension to the throne of a new realm, the Capellan Confederation. Reynard Davion of the Federated Suns had responded to the turmoil within the Capellan Commonality by dispatching troops with the intention of occupying Capella under the guise of a peacekeeping force. Franco played for time, attempting to negotiate with the commander of the Federated Suns task force, while also assembling troops from the best of the forces available to the various member-nations of the Confederation.[16]

When the First and Fifth Victoria Lancers arrived as the vanguard of the Davion force, they found the streets of the planetary capital, Capella Prime, practically deserted and no sign of the Chancellor and his family. The remaining Federated Suns forces landed on the planet, only to have the mystery of the missing defenses solved the next day when a combined naval force assembled from the fleets of the former St. Ives Mercantile League, Sarna Supremacy and Duchy of Liao arrived in the system and summarily destroyed the various Federated Suns ships in the system. Franco ordered the Federated Suns forces to surrender unconditionally; the Davion forces refused, believing that there was no way the Chancellor would order an attack on his own capital city.[17]

Two minutes after the deadline passed, Franco Liao ordered the orbital bombardment of Capella Prime. Two thousand Capellan civilians died in the bombardment, and three elite Federated Suns regiments, the Third Aragon Lancers, the Findas Motorized Infantry and the Illisen Commandos were annihilated. In one blow, Franco demonstrated his resolve and that of his nation; the Capellan capital was relocated to the world of Sian in the former Sian Commonwealth, and the triangular logo of the Confederation gained a new black border in memory of the sacrifice made by those Capellans who died in the bombardment. To date, the three Federated Suns regiments destroyed during the bombardment have never been rebuilt.[17] 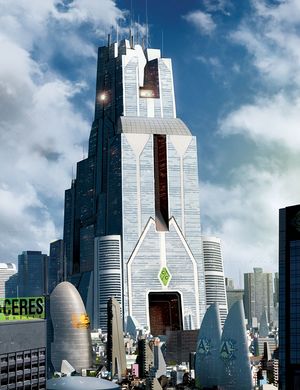 - In 3079 the Holdfast Guard is operating at 95% of full strength, with 100% of their equipment featuring upgraded technology.

- At this point in time, the unit was at 15% of full strength, with 100% of their equipment featuring upgraded technology.

- At this point in time, the unit was at 65% of full strength