Michi Noketsuna was the protégé of Minobu Tetsuhara, a close ally of Theodore Kurita, a Warlord of the Dieron Military District, and eventually the Director of Wolfnet, the Intelligence Service of Wolf's Dragoons. 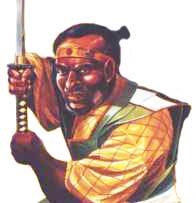 Noketsuna was born on Luthien, the capital of the Draconis Combine. He graduated as a MechWarrior from the Sun Zhang Academy in 3021 with the officer rank of Tai-i. However, being of common birth, he did not have a patron, and so would not receive a prestigious assignment; instead, he was assigned to the poorly regarded Professional Soldiery Liaison service.[1] By 3024, he had been assigned as an aide to Minobu Tetsuhara, the liaison officer to the Wolf's Dragoons mercenary unit.[2]

Having been trained under the code of bushido, Noketsuna formed a close bond with his superior officer, regarding Tetsuhara as his sensei. Both Noketsuna and Tetsuhara were impressed with the Dragoons' skill, courage and loyalty. Likewise, they were both mutually disgusted with the actions of Warlord Grieg Samsonov of the Galedon Military District, who engaged in numerous nefarious actions in an attempt to subjugate the mercenaries into his own personal army.[1]

In 3026, Coordinator Takashi Kurita ordered the creation of the Ryuken, a unit that would base itself on the same tactics of Wolf's Dragoons, applying a flexible tactical doctrine that was foreign to the tradition-minded Draconis Combine Mustered Soldiery. Tetsuhara was to command this new unit, and Noketsuna would join him. As a result, he became one of the unit's original members.[1] He saw combat action during the new unit's trial-by-fire on Barlow's End.[3] He killed Tai-sa Elijah Satoh, who had taken command of the Ryuken and insisted that the original plan be adhered to even when situation changed and Kuritan position was falling into pieces.[3]

In 3028, Tetsuhara was promoted to Tai-sho and put in command of the entire Ryuken brigade, along with the 17th Galedon Regulars, the 21st Galedon Regulars and the 8th Sword of Light. His assignment, courtesy of Warlord Samsonov, was to engage and destroy Wolf's Dragoons on the planet Misery. Noketsuna, naturally, accompanied his friend and sensei.[4] Early in the battle, Noketsuna proved his skill as a warrior by defeating a Dragoon Catapult in single 'Mech combat in his Ostroc, the first such victory for the Ryuken.[5]

For nearly a month, the two sides fought viciously. When Dragoon forces overran Tetsuhara's command post, Noketsuna led a relief force that bought Tetsuhara time to mount his own Dragon. They formed an ad hoc command lance with two other MechWarriors and attempted to reach friendly lines, but were intercepted and defeated by Dechan Fraser's lance. The Dragoons took them both prisoner. Noketsuna ejected from his destroyed 'Mech at a low angle and the parachute barely slowed the ejection seat as it plowed into the snow.[6] He was wounded from this event and from the subsequent exposure to the harsh climate on Misery, including a broken arm and the loss of an eye.[7][5]

The Kuritans were defeated, though at tremendous cost to the Dragoons. Tetsuhara committed seppuku with Jaime Wolf standing as his second. Noketsuna, however, swore a vendetta against those who had manipulated events that led to the deaths of so many honorable warriors.

Accompanied by ex-Dragoon officers Dechan Fraser and Jenette Rand, Noketsuna sought retribution against those whose treachery led to the events on Misery, beginning with Warlord Grieg Samsonov, but also including one of Samsonov's surviving aides, an Internal Security Force agent named Panati. Finally, the trio would hold Coordinator Takashi Kurita himself accountable.[8] 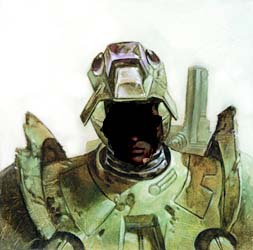 They began with Samsonov. At the start of the Fourth Succession War, Takashi Kurita ordered his former Warlord executed for his many failures.[9] Samsonov fled his pursuers, however, and the trio would follow on his trail. An exact accounting of their adventures is unknown. However, what is known is that at some point, possibly right from the onset,[10] Noketsuna assumed the identity of the Bounty Hunter, an infamous warrior who hunted other warriors for bounties. A report by General Caradoc Trevena claims Noketsuna had "encountered" the previous Bounty Hunter during the Fourth Succession War,[1] but the exact circumstances under which Noketsuna assumed the Bounty Hunter identity are unknown.

It is also known the trio spent time in the Periphery before finally hunting down Samsonov, with Noketsuna decapitating the villain himself.[1] Still in the guise of the Bounty Hunter, Noketsuna attempted to present Samsonov's severed head to Tetsuhara's widow, Tomiko, who had retreated to a nunnery on Awano.[11] When she refused, Noketsuna and his companions attempted to present the head to his sensei's father, Minoru Tetsuhara, who also refused it.[12]

When the trio finally cornered Panati in 3030 on Benjamin, they found him in the company of Theodore Kurita and Ninyu Kerai. After explaining his reasoning to the Kuritan Prince, the Gunji-no-Kanrei granted Noketsuna right of vengeance over Panati, but urged him to set aside his vendetta against Takashi Kurita. Finally accepting that he had a greater duty to the Combine than he had to vengeance, Noketsuna agreed to help rebuild House Kurita's military. He turned the Bounty Hunter legacy over to Vic Travers, who offered him contact information with the Yakuza crime families before they parted ways. Fraser and Rand chose to accompany their friend into the Dragon's service.[13]

In service to the Dragon's Heir[edit]

At Noketsuna's suggestion, Theodore Kurita conceived a bold plan to recruit new MechWarriors and 'Mechs into the DCMS, warriors recruited from the Yakuza. The two put themselves at great personal risk entering the Kuritan underworld, but ultimately their actions bore fruit. These actions eventually resulted in the founding of the Ghost Regiments.[14]

During the Ronin War in 3034, Vasily Cherenkoff, Warlord of the Dieron Military district, was killed leading an attack against loyalist forces on Orestes. He was, in fact, assassinated when a bomb planted by his second-in-command, Dexter Kingsley, exploded in the cockpit of the Warlord's BattleMech, in an effort to curry favor with Theodore Kurita.[15] Disapproving of Kingsley's motives, Theodore ordered him killed, but told Noketsuna it could not be he who carried out the order. He then appointed Noketsuna the new Warlord of the Dieron Military district, much to the warrior's surprise.[16]

Despite his own reservations and considerable opposition from the various Generals and commanders serving under him,[1][17] Noketsuna was said to have ordered his district well, earning the respect of the troops and his fellow Warlords.[1][18]

When the War of 3039 finally did come, Noketsuna had his District prepared. Despite facing invasions on two fronts from both the Lyran Commonwealth and Federated Suns, the District's defenders fought well, and counterattacks by the Ryuken-ni and other units were effective in pushing back the invaders' timetable. His troops even took the important world of Quentin and its Independence Weaponry factory away from House Davion. Combined with the DCMS actions on other fronts, the war ended in a victory for the Draconis Combine, and for the policies of Theodore Kurita.

At the Kanrei's insistence, Noketsuna would remain as Warlord of the Dieron district until 3054[1][19] when he resigned in the aftermath of the Clan Invasion. It was time to finish his vendetta.

After leaving his position, Noketsuna returned to his homeworld of Luthien and adopted a new identity, that of "Fukushu Homitsu", a kendo specialist, who soon obtained a position as a sparring partner for the aging Takashi Kurita. Takashi was unaware of the deception, although Subhash Indrahar and the ISF probably were aware.[20] On the morning Takashi was to have faced Jaime Wolf in a duel to the death, Noketsuna made his move, disarming the Coordinator and demanding Takashi's own seppuku. Takashi, never one to blink in the face of death, calmly spoke of the situation in the Combine at the time, claiming ultimately that Samsonov acted alone. His words created doubt in Noketsuna's mind.[21]

At this point, Subhash Indrahar, Ninyu Kerai Indrahar and a team of ISF ninja arrived on the scene. Subhash explained that they were there not to prevent Takashi's death, but to ensure it. He found it critical to avoid the duel with Jaime Wolf, knowing the Combine could not afford to renew the feud with the Dragoons. He then instructed Noketsuna to proceed with his execution of the Coordinator. Noketsuna, not wanting to taint his honor quest with political expediency, instead charged Subhash in a suicide attack. Ninyu Kerai shot him twice, supposedly killing him.[22]

However, it was not Noketsuna's fate to die then. He would recover, and was told that Takashi had ultimately committed seppuku of his own volition. Declining an offer from Theodore to take command of the Ryuken, he instead left for Misery, contemplating committing seppuku himself. He was stopped by Minobu's son Kiyomasa Tetsuhara, who, along with Jaime Wolf, convinced him to find his destiny with the Dragoons on Outreach.[23]

He arrived just in time for the Dragoon Civil War, an uprising by various elements in the Dragoons against Jaime Wolf's leadership, led by Elson Novacat. Enlisting his old friend Dechan Fraser, Noketsuna covertly helped Wolf escape an assassination attempt, even while seeming to side with Elson's loyalists. He later managed to transmit Elson's entire attack plan to Wolf by covertly attacking a ComStar HPG station, though he was seriously injured and Stanford Blake was killed during the incident.[24] 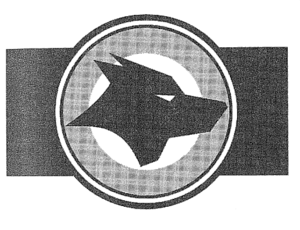 In the aftermath of the Dragoon Civil War and Jaime Wolf's victory, the Dragoons underwent a major overhaul. Noketsuna finally joined the Dragoons, taking over for the slain Stanford Blake as the head of Wolfnet, and holding the rank of Major.[25] He would later also take and continue in that position for the Allied Mercenary Command.[1]

He was credited with writing the introduction to the original Field Manual: Mercenaries report compiled by Wolfnet.[26]

Noketsuna's fate during the destruction on Outreach at the dawn of the Word of Blake Jihad is unknown.

In his youth, Noketsuna was idealistic and eager. He had, however, been raised in the tradition of bushido, which led to his rapport with Minobu Tetsuhara. Tetsuhara had a profound influence on the young officer, and his seppuku after the Battle of Misery changed him radically. Noketsuna's personality after this event was usually dark and moody, and although he continued to strive to follow the road of honor, he continually found that path dark and clouded. This seemed to get progressively worse over time, as Noketsuna found little comfort in the companionship of those who had been his friends and allies in the past. More than once, he seemed to desire a simple warrior's death, and found himself denied. Noketsuna was an excellent warrior, both in a BattleMech and in physical combat. He developed a wide variety of skills that served him well during his vendetta and the pursuit of the yakuza. These skills would eventually lead him to his position with Wolfnet.

During his brief but memorable career with the original Ryuken, Noketsuna piloted a customized Ostroc.[5]

As the Bounty Hunter, he piloted the distinctive green Marauder of that identity.[27]