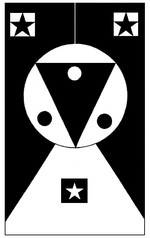 2832 - According to the (apocryphal) 1989 video game MechWarrior, New Aragon was captured in 2832, but House Liao maintained its claim to the world.

New Aragon is an agricultural world which resides coreward of the Inner Sphere, anti-spinward of Terra. New Aragon has two continents, Dreymon and Glastonbury.[1]

Colonized in the twenty-third century, New Aragon was settled as the result of a massive scam, in what became known as one of the saddest chapters in the historical records of the massive waves of settlement and colonization that went on during the Exodus. Those running the scam sold New Aragon to the settlers on the basis of claims that it was a world blessed with abundant water and fertile land; when the colonists arrived, they discovered that both continents on New Aragon were primarily swampland, and just to make matters worse, that swampland was infested with insect-like lifeforms that carried innumerable diseases.[1]

Despite the challenges faced by the settlers, they persevered, draining the swampland to gain access to the dynamically fertile land beneath the various swamps. The recovered land proved capable of supporting a large farming population and New Aragon prospered; among the various native species that the colonists domesticated, were a number of amphibian lifeforms kept in "frog farm" preserves and which gained the status of interstellar gourmet items. New Aragon also invested in medical research and became known as a leading center for research in the field; the New Aragon Institute of Epidemiology - established in the capital of Argos on Glastonbury - became known as one of the Inner Sphere's leading medical research facilities.[1]

In 2930, the First Avalon Hussars RCT led by heir apparent Field Marshal Peter Davion, invaded New Aragon[50] as part of his new offensive, codenamed Roland’s Horn. The three-regiment formation caught the New Aragon defenders by complete surprise with their invasion, breaching the Armistice of Van Diemen IV. The Liao forces defending the planet were under orders from Chancellor Merlin Liao to withdraw to preserve their forces.[51]

For more information see: the Battle of New Aragon in 3008.

In early 3008, Capellan forces attacked and conquered New Aragon. The fall of this heavily industrialized and strategically important world immediately became a concern for the Federated Suns which began massing forces for a counterattack. Raids were conducted on nearby systems to disrupt the Capellan forces. Meanwhile, the Capellan Confederation began to feed reinforcements into the region in preparation for the expected counterattack.[17]

The Avalon Hussars and Crucis Lancers attacked the equatorial continent where the First & Second Ariana Fusiliers, Freemont's Cuirassiers and Trimaldi's Secutors were waiting for them. Meanwhile, the entire Wolf's Dragoons force with the Fourth Deneb Light Cavalry would attack the Monte Estacado area. A region of forests, valleys and swamps where the 1st & 2nd Kearny Highlanders, McCormack's Fusiliers and Waco Rangers were dug-in.[52]

The assault encountered difficulties right from the beginning. Capellan aerospace fighters, operating from an unknown airbase in the Estacado foothills, hit the Fourth Deneb Light Cavalry as they came in for landing. This attack severely damaged the unit and kept them out of action for a week as they reorganized. The Dragoons also suffered damage, but were able to land and start the offensive. However, the 1st and 2nd Kearny Highlanders were deeply entrenched in the Estacado Mountains. They resisted several Dragoon assaults to dislodge them despite heavy artillery bombardment. Only Epsilon Regiment of Wolf's Dragoons made any progress, but theirs was a grueling assault on Hill 714, called "Pillbox Hill" by the attacking Dragoons due to the number of defenses there. It took a night assault to secure the position, but Epsilon suffered heavy losses.[52][53]

Fighting continued as the Dragoons tried to break the defenders, but losses were mounting across all units. The greatest loss was Colonel Travis King from Delta Regiment. When he reluctantly ordered a retreat after another failed assault, Capellan aerospace forces attacked the fleeing Dragoons. King's Archer BattleMech took a direct hit to the back of his machine which detonated the remaining ammo there, killing him instantly.[54]

With losses mounting and the Avalon Hussars and Crucis Lancers attacks also encountering stiff resistance, Jaime Wolf and his commanders realized they needed a new strategy. They looked at the narrow and rugged El Diablo Pass that provided a route through the mountains. If they could move through the pass, they could flank the Liao defensive positions and take the undefended territory beyond. However, the pass was rugged and heavily defended by the McCormack's Fusiliers and Waco Rangers. The skills of the 7th Kommando would be called upon again to help solve the problem. They were dropped behind the Capellan defenders with light units from the Alpha and Gamma Regiments. This gave the illusion of a larger assault and the supporting units in defense of the pass were called away to assist. At this time, Colonel Frank Wells led his Zeta Battalion up the pass against the strung out Waco Rangers defenders.[55]

One of these defenders was Lieutenant John Waco in command of a recon Lance. Using his units' agility to avoid the Dragoons, he and his compatriots did their best to resist the Dragoon attack. The rough terrain allowed the troops of Zeta Battalion to catch up to the defenders where John Waco's Wasp was torn apart. While John ejected, we was subsequently killed when we was accidentally crushed under the foot of a Dragoon Stalker.[18]

Once Zeta's attack had cleared the pass, the following Dragoons forces easily routed the defending McCormack's Fusiliers they encountered. They soon seized the cities and farms behind the entrenched Liao troops cutting their supply lines. Sporadic fighting would continue for another two months, but the Capellan troops were surrounded and drive off world by the summer of 3008. One of those retreating offices was Colonel Wayne Waco. Upon hearing false rumors that the Dragoons had purposefully killed John Waco, his only son, he and his men declared a blood feud against the Dragoons from that point forward.[18]

Under the governorship Hanse Davion[edit]

Briefly between the years of 3011 to 3013, Field Marshal Hanse Davion was appointed by his brother, First Prince Ian Davion, as military Governor of the planet. At the time, New Aragon's political climate was tremendous and its population was hostile to House Davion's presence on their world. Hanse Davion moved to rebuild the planet's infrastructure while he cut his teeth on politics in New Aragon's political climate.[56] It was on New Aragon that Hanse earned his nickname of "the Fox", restoring order and in doing so gained the staunch devotion of the local population. New Aragon would remain fiercely loyal to House Davion from that point onwards.[1]

In the last two weeks of October 3069,[37] New Aragon was conquered by the WoB's Twenty-second Division and added to the growing population of the Word of Blake Protectorate. During the battle for the planet, the Twenty-second Division resorted to chemical agents to clear out the defenders who were entrenched in an ancient fortress on planet.[57] The Blakists used chemicals so liberally as they dug the defending forces out of the old Star League-era fortresses of McMichael and Ellison, that the agriculture industry for which New Aragon was known was almost destroyed. The contamination on Glastonbury was the most extensive; the Blakists contaminated the largest river on the continent, the Graham River so badly, that it destroyed the ecosystem of the entire continent.[1]

When the Capellan Confederation attacked New Aragon in 3077 with the Death Commandos, the New Aragon Protectorate Militia commander vowed to fight the CCAF to the last man. The morning after the Capellans landed, the Militia CO's eldest son was found with a dagger through his heart. Over the course of the next three nights, the CO's wife and two remaining sons were killed, all with the same message. New Aragon's militia surrendered on the fourth day, the CO pleading for the life of his youngest daughter.[58]

Media sources within the Capellan Confederation claimed that New Aragon had been liberated and rejoined the Confederation by the end of February 3077.[39]

The planet's HPG station is one of the few working inside the Republic of the Sphere in 3135.[59]

Early February 3135 forces from McCarron's Armored Cavalry raided the planet. They fought and were expelled back by the Fifth Triarii Protectors but not prior to reducing to dust the industrial sector of Jahrman, the second-largest city in Tandoh province.[46]

The rise of Capellan nationalism, defended by Dynasty Party leader Hu Khan Sei as a return to the planet's roots didn't make things easy, and Paladin of the Republic Anders Kessel was sent there to calm things down.[60]

On the 12 May 3135 three of New Aragon's strongest public leaders arranged a joint press conference today to declare the situation onworld hopelessly lost. Leading the charge was self-avowed populist leader (and head of the Dynasty Party) Hu Khan Sei, along with the Governor's Aide Ursa Pochemkin and New Aragon's (former) Legate Camilo Gutierrez, recently relieved of all duties and responsibilities, saying that at this point, New Aragon should welcome Capellan intervention to save lives.[61]

The planet was occupied by the Capellan Confederation after the blackout.

- At this point in time, House Tsang Xiao is operating at 70% of full strength, with 100% of their equipment featuring upgraded technology.